According to German reinsurer Munich RE, natural disasters caused more damage in 2017 than in any the previous five years, with much of the damage caused by extreme weather events linked to climate change, above all severe hurricanes, flooding and fires.

Last year, natural disasters caused USD 330 billion worth of damage, nearly double the figure recorded in 2016 (USD 175 billion) and the highest in history after 2011 (USD 354 billion).

Munich Re highlights that storm Harvey in August 2017 alone, which led to torrential rains falling on Texas, caused USD 85 billion in damage.

Two other hurricanes – Irma , which impacted Florida and Maria in the Caribbean, along with the huge forest fires in California, are also noted by the insurer as being particularly severe in terms of economic damage.

In Asia, the monsoon was unusually intense and caused the death of 2,700 people and USD 3.5 billion in costs.

In Europe, abnormally low temperatures last April caused USD 3.6 billion in damage to agriculture, of which only 650 million were covered by insurance.

Some of these disasters “have given us a taste of the future”, said Torsten Jeworrek, chief Reinsurance branch of Munich Re. “Our experts expect to see these events more often,” he added.

Poor people are invariably the most vulnerable to the unavoidable impacts of climate change.
Governments, together with many stakeholders, are working to make insurance more accessible and more affordable.

At last year’s United Nations Climate Change Conference (COP23), in Bonn, Germany, an initiative was launched with the aim of providing insurance to hundreds of millions of vulnerable people by 2020 and to increase the resilience of developing countries against the impacts of climate change.

Read more about the initiative here. 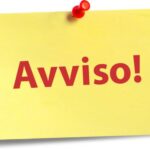 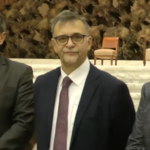